Skip to content
Date: June 5, 2013Author: florianwriter 0 Comments
“Our lives teach us who we are.”
— Salman Rushdie, Anglo-Indian novelist
“Folly is like the growth of weeds, always luxurious and spontaneous; wisdom, like flowers, requires cultivation.“–Hosea Ballou 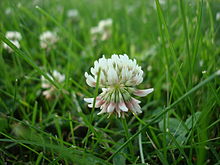 God’s word describes two kinds of people that walk this world –the wise and the foolish (or the fool). Last year, I posted on the subject of wisdom based on my personal study of God’s Word (Oh, the privilege and freedom of having to study His Word of life in broad daylight without the persecution that other believers experience in countries closed to the gospel.) I had for some time put off posting my meditations on the opposite end of the spectrum–that of folly–though they have been at the back of mind poking me from time to time.

Oftentimes, we are confronted with two opposing choices: black or white. The good or the bad. We make choices based on our beliefs, personal experiences, cultural orientations, values and convictions — all of which are by-products again of the choices we have previously made. It’s cyclical –wherever we are inclined, wherever our hearts and minds converge, and our proclivities point, that is where we plunge in abandon. Hence the moment of decision is a defining moment in one’s life. The choices we make not only reflect our character but also determine our station. Sadly, we fail to consider in the equation the consequences of these personal choices. Only when we are stung and we howl in pain do we realize we “have blown it,” so to speak.

The Bible has clearly set the boundaries between wisdom and folly. As I do not want to fall into the latter’s pit and waste the remaining years of my earthly life, I combed the book of proverbs, and discovered nuggets of gold on the subject. There are a number of qualities ascribed to a fool and here they are, quoted verbatim from the scriptures: (I alternately use the NIV translation and the NLT Study Bible).

1. trusts in himself and despises advice and discipline
He who trusts in himself is a fool, but he who walks in wisdom is kept safe. Prov 28:26.
The way of a fool seems right to him, but a wise man listens to advice. Prov 12:15
Do not speak to a fool, for he will scorn the wisdom of your words. Prov 23:9
The fear of the Lord is the beginning of knowledge, but fools despise wisdom and discipline. Prov 1:7

2. does not believe in God
The fool says in his heart, “There is no God.” Psalm 14:1
3. easily gets angry and lacks self control
A fool gives full vent to his anger, but a wise man keeps himself under control. Prov 29:11
A fool shows his annoyance at once, but a prudent man overlooks an insult. Prov 12:16
A wise man fears the Lord and shuns evil, but a fool is hotheaded and reckless. Prov 14:6
Do not be quickly provoked in your spirit, for anger resides in the lap of fools. Ecclesiastes 7:9

4. does not listen, does not seek to understand
A fool finds no pleasure in understanding but delights in airing his own opinions. Prov 18:3
He who answers before listening — that is his folly and his shame. Prov 18:13

5. is quarrelsome and unrepentant
It is to a man’s honor to avoid strife, but every fool is quick to quarrel. Prov 20:3
Fools mock at making amends for sin but goodwill is found among the upright. Prov 14:9
6. repeats his folly; does not learn from experience
As a dog returns to its vomit, so a fool returns to his folly. Prov 26:11
Though you grind a fool in a mortar, grinding him like grain with a pestle, you will not remove his folly from him. Prov 27:22

7. does evil
A fool finds pleasure in evil conduct,
but of a man of understanding delights in wisdom. Prov 10:23

8. does not apply the truth
But everyone who hears these words of mine and does not put them into practice is like a foolish man who built his house on the sand. Matthew 7:26

9. is reckless with words
A fool’s mouth is his undoing, and his lips are a snare to his soul. Prov 18:7
A fool’s lips bring him strife and his mouth invites a beating. Prov 18:6
The wise in heart accept commands but a chattering fool comes to ruin Prov 10:8
Wise men store up knowledge but the mouth of a fool invites ruin. Prov 10:14
When words are many, sin is not absent, but he who holds his tongue is wise. Prov 10:14

10. battles addiction
Wine is a mocker and beer a brawler; whoever is led astray by them is not wise. Prov 20:1

11. is a squanderer
In the house of the wise are stores of choice food and oil, but a foolish man devours all he has.
Prov 21:20 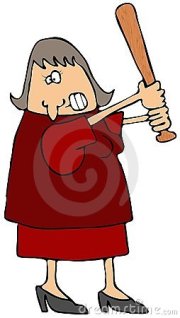