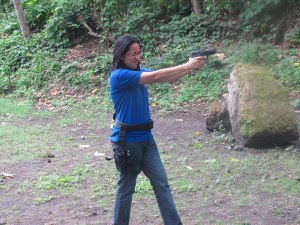 These are the idoms in my writer’s tickler that fall under my scribbles on anger. Alongside are words evocative of the same meaning – rage, indignation, wrath, ire, fury.

For the past weeks, I have been brooding over this negative emotion that has caused many an earthling to make brash decisions and actions that have damaging consequences. It has also caused needless grief and heartache. I have encountered people who often display this emotion – at school, at work, at home, in the grocery store, in the parking lot, in the restaurant—practically anywhere. I have also observed that its display is not confined to a particular class or age group. When piqued, kids fight back. When scolded, teens lash acerbic words. When bored or ignored, wives nag. Fathers spank. Bosses shout. Employees backbite. Soldiers shoot. Still, others kill.

Where did this ticking time bomb of emotion originate? Why do we experience and display such destructive force, along with a host of other unpleasant and equally destructive inner forces we contend with day in and day out — envy, covetousness, pride, jealousy? Why are we sometimes shocked, if not horrified that seemingly angelic, refined, educated and ‘kind’ people could stray from the normal and find themselves dearly paying with their civil liberties and even their lives? And we just utter, “It was out of his character. Ang bait nun, ah. How could he have done that?” Of course, we do not need to let our eyes wander. Just stare at the man or woman in the mirror. Don’t we, sometimes wonder and wallow in regret after being overtaken by impulsive acts ? We curse our in-laws. We whack the kids. We even slap friends. We mentally wish others dead (I did all these).

Anger gnaws at our soul. It destroys our sense of balance (commonly known as poise) and sense of judgment. It hardens our ability to feel and empathize. It consumes. It overpowers. It evokes a desire to avenge, cross swords with the person that caused such emotion, hurt and eventually destroy that person.

Personally, I have been in state of dissonance over having displayed this overpowering force. For the past 10 years or so, I have successfully reined my tongue and emotions after coming out of a breakdown during my university, pre-UP, days. I have looked at myself in the mirror as meek, humble, naïve and simple gal who could never, after, the hellish situation I was in, be provoked to anger. After all, what should I be angry about? A loving and supportive family have I, prayerful spiritual brethren who cast no judgment on the texture of my hair, smart and talented kids who make us proud, material provisions, not to mention the innate, God-provided abilities to generate ideas convertible to cash. Nothing could stir me to seething anger. Or so I thought.

The still waters started to toss and turn and eventually formed lashing waves when I experienced persecutions one after the other — the malicious mischiefs and eventual arson of our 2005 model L300 van, the illegal dismissal from the service, the grave coercion, the treachery, deception and betrayal by people we regarded as family and long-time friends, and now, the vileness of blood relatives overtaken by jealousy and envy.

Part of me fumes and desires to get even. If people could be so evil as to mount waves of despicably vile acts against us—we who did what ought to be done before the law—won’t we have the right to take up in our hands the elimination of these evils? They have been hounding us, oftentimes gloating for their seeming victories by stirring the calm and tranquillity of our nest. Admittedly, we are piqued. In fact, I recently gifted a traitor-friend a good whacking—talk about physically expressing yourself…then feeling sorry later.

Dr. Scott Peck, in his book, People of the Lie, contends that evil people are characterized by three things: (1) the refusal to acknowledge sin as it is, (2) the persistence of the act(s) and (3) the consistency of committing the act(s). He further says, “The problem with eradicating evil is that the person doing so, himself sides with evil.” Clearly, those who put the law into their hands—those who kill murderers, thieves and every imaginable crook in the land, in an effort to get rid of bad eggs, themselves become crooks and murderers. If these were so, how do we respond to evil?

As believers, we are told to “turn the other cheek” when we are wronged, to “love our enemies,” to “do good to those who persecute us,” to “bless and not curse.” The Bible says we “should not let the sun go down while we are still angry,” that whatever situation we may be in, we ought not to “let any unwholesome word come out of our mouth but only what is helpful for building others up that it may benefit those who listen.” Most importantly, the Lord says it is his to avenge. He commands us, “do not repay evil with evil, but repay evil with good.” Radical commands, they are; they require us to go against human nature and to tear ourselves from our own feelings and situations. They demand abdication of the self, of the wounded ego, of the normal and rational. Humanly speaking, they are bitter pills to swallow. It takes the supernatural for the wronged person to be able to embrace his oppressor.

Where am I now in this journey that defies normalcy? I guess I need to go back to the basics. It shudders me that after all these years, I’m still capable of unleashing a deadly force which earthlings consider typical without blinking. With the increased wickedness of the times, no news could be grimmer and more grizzly than the ones presently bared on TV and print stands across the globe –news that are oftentimes met with an indifferent shrug, news that sprung forth from seething hearts.

I need to watch out, lest I go back to the normal, and start to shrug in indifference as well. I need to constantly remind myself I’m not of regular mold. As I live solely by grace, I need to break from the throng in mad rush along the wide runway, and to inch my way back to the thorny and narrow path trodden by the unpopular. There, I need to follow, as I was called to, the steady drumbeat of Him who showed by word and deed what it means to be radical.

2 thoughts on “This Beast Called Rage”